From colony collapse to honey fraud, essential pollinators are facing unprecedented population decline. Yet to save the bees, we first must understand them.

135 million years ago, the only way plants could procreate was to scatter their pollen in the wind—a wildly inefficient method that required massive quantities of pollen. Over the following five million years, insects (and particularly, bees) began to eat this abundant, nutrient-rich pollen, kick-starting a symbiotic evolutionary relationship that has spanned from the age of dinosaurs to the present day.

An offshoot of the wasp family, these gentle insects developed increasingly hairy legs and bodies, accelerating the pollination of nectar-rich plants. Today, scientists have verified the existence of at least 20,000 individual bee species, with researchers citing 946 native species in Colorado alone. Yet despite their rich and resilient history, bees are now facing unprecedented threats to their survival in the form of pests, disease, pesticides, modern agriculture practices and sheer misinformation about their role in our ecosystem.

Longmont-based beekeeper Tim Brod, of Highland Honey, has been working with bees nearly all his life—from the Middle East, to California, to Colorado. While his knowledge and skill have certainly increased with time, Brod notes that beekeeping has never been more challenging: “I work harder at age 60 than I ever did at 30.” Simply Bee Organics founder Tyler Stellern echoes Brod’s sentiment. “Beekeepers in the 1970s and ’80s had nearly 100% colony survival year-over-year.” By comparison, in 2019 U.S. beekeepers lost 40% of their hives.

So what has changed over the past 30 years? Chances are, you’ve heard the term “colony collapse,” a disorder in which worker bees mysteriously abandon their queen, never returning home to the hive. In recent years, scientists have pinpointed the cause as neonicotinoids, a class of widely sprayed, water-soluble pesticides that “turn all moisture, pollen and dew into poison,” according to Brod. Stellern adds, “Neonicotinoids disrupt the brain—essentially making bees incredibly drunk and preventing them from finding their way home. If and when they do make it back, they bring those pesticides to the hive, and the disease continues to spread.”

While colony collapse may be the buzzword of the moment, it’s far from the only issue plaguing our bee populations. In the late 1980s and ’90s, there was the onslaught of parasitic Varroa mites from Asia, which—despite various treatments—continue to be the most serious pest for global bee colonies. Then came the neonicotinoids, which were banned in Europe two years ago, but have only been meaningfully restricted in the U.S. as of January 2020. Yet most importantly, when bee colonies try to rebound from these types of acute, specific illnesses, they are welcomed by an increasingly inhospitable ecosystem.

“Honeybees will only visit a single type of flower on a pollinating flight, which maximizes efficiency in pollination but decreases the bee’s ability to forage widely,” Stellern explains. “Their wings beat 200–250 times per second, and they die when their wings wear out—not of old age.” In short, when bees need to fly farther and farther to locate nutrient-rich nectar, it literally shortens their lifespan. Unfortunately, humans have an uncanny knack for destroying most of the wild, nourishing flowers and habitats that bees need to survive.

In Colorado—and across the U.S.—Brod cites the growth of the cattle industry and big agriculture for destroying many of the bees’ natural habitats: “We’ve turned our wild landscape into a desert through our pursuit of cheap meat, and we’ve filled our fields with monocrops like corn and wheat that bees cannot feed on.” Compounding these trends in the farming industry, Brod notes that our desire for uniform, manicured lawns also puts the bees at risk. “Dandelions are the perfect food for bees: high in carbohydrates and early to push up out of the snow. Yet we demonize them simply because we don’t like how they look on a lawn.”

These recent shifts in human activity have also forced beekeepers to systematically move their hives to generate additional income. With increased annual bee deaths and limited food sources for honey production, beekeepers can no longer make a living on honey alone. In turn, they must hire out their bees for mass pollination projects—including a million acres of almonds in California each spring. This added revenue comes at a terrible cost, as the inter-mixing of bees from all over the country, combined with the heavy pesticide spray of the almond crop, accelerates the spread of disease throughout the bee population.

For any beekeepers who resist renting their hives to the highest bidder, another insidious attack on the honey industry has undermined their best efforts. Honey fraud is rampant throughout the global food system, with as much as 90% of all honey on shelves being adulterated in some capacity.

“Most honey sold in stores is comparable to Aunt Jemima [a high-fructose corn syrup imitation of maple syrup],” Brod laughs. “If honey is in a liquid state, you can assume it has been tampered with.” In contrast, true raw honey should be crystallized or sold as creamed honey. Furthermore, Brod emphasizes that USDA-certified organic honey doesn’t exist: “The bees make the decisions; we can’t control where they are feeding. Any commercially produced honey labeled ‘organic’ is imported, which means it reflects the labeling laws of the country of origin, not U.S. regulations.”

With so many compounding factors threatening our bee population, reversing the trend can seem like a daunting task. Yet simply educating ourselves about the bees can swing the pendulum in the right direction. Locally, there are a number of Front Range groups who both provide pollinator education and advocate for proactive regulations that protect our bee colonies. Among them, Boulder’s BeeChicas was founded by four hive hobbyists in the wake of the city’s 2015 resolution to ban neonicotinoid pesticides. Founding member Deborah Foy proudly notes, “All the medians down the center of the roads in Boulder—and the cracks in the sidewalk—are full of dandelions providing safe forage” since we no longer spray neonicotinoids. It’s an encouraging example of how literally doing nothing (see: leaving wild habitats wild) can help nourish our local bee populations.

Over the past five years, Foy and her three co-founders—Cynthia Scott, Tracy Bellehumeur and Theresa Beck—have been growing the BeeChicas Buzz, a community organization that meets six times a year to discuss pollinators, gardening and ways to get involved. One of the most important messages they convey is that it’s not just about honeybees. “Honeybees are generalists, meaning they’ll visit just about any flower, but that doesn’t necessarily make them the most efficient pollinators,” Cynthia Scott says.

During the millions of years they’ve survived on this planet, native bees evolved alongside native plants, making them specialist pollinators. They come in all shapes and sizes, but we may not recognize them as bees because they typically live in the ground or hollowed out sticks. Some can only fly the length of a football field (the perdita), while others are tiny experts in cultivating the sweetest possible strawberries (the sweat bee). Scott shares just one measurable example: “Mason bees, which pollinate fruit trees, are 100 times more efficient than honeybees.”

When it comes to supporting the full range of bee species, Tracy Bellehumeur advocates, “Be a lazy gardener. Leave some pithy branches and stems in a corner of your yard—the perfect habitat for many native bees.” Theresa Beck adds, “Plant quality forage. Cheap perennials from a big-box store may be full of neonicotinoids—so make sure you buy from a trusted plant nursery.” Most importantly, all the BeeChicas advocate for 100% pesticide-free gardening, as native bees often live directly in the soil.

Supporting local beekeepers and organic farmers is also an essential part of the equation. Producers like Brod and Stellern often sell the majority of their honey through local greenmarkets, pairing persuasive tastings with a side of education. Stellern even provides a packet of wildflower seeds with all purchases, to give shoppers an immediate way to support their local bee populations. “I truly believe that people can heal themselves [through quality honey], while they heal the bees,” Stellern says.

Beyond planting flowers, it’s important to stop fearing the bees in our own backyard. “95% of stings are by yellow jackets,” Bellehumeur explains. “[We should] learn the difference between wasps, which sting repeatedly, and bees, who don’t want to die—which is what happens when they sting you.” A particularly important time for seeking professional help is the swarm season: a period in early spring when vulnerable bees are seeking new hives. Simply searching for “Swarm Removal” online will connect you with local beekeepers who happily capture wandering swarms for free—in fact, they’ll often compete to locate such valuable colonies.

In short, many of the threats to bees can be significantly reduced through individual action, whether seeking quality honey producers, planting native wildflowers or simply welcoming the presence of bees (and dandelions!) on your property. Sharing what you’ve learned with others can also be impactful—as can joining a local advocacy group like People & Pollinators or the Colorado Pollinator Network. To see the work of bee activists in action, just keep your eyes peeled along I-76, the newly branded “Colorado Pollinator Highway.” What might look like a messy meadow is actually a pollinator paradise. 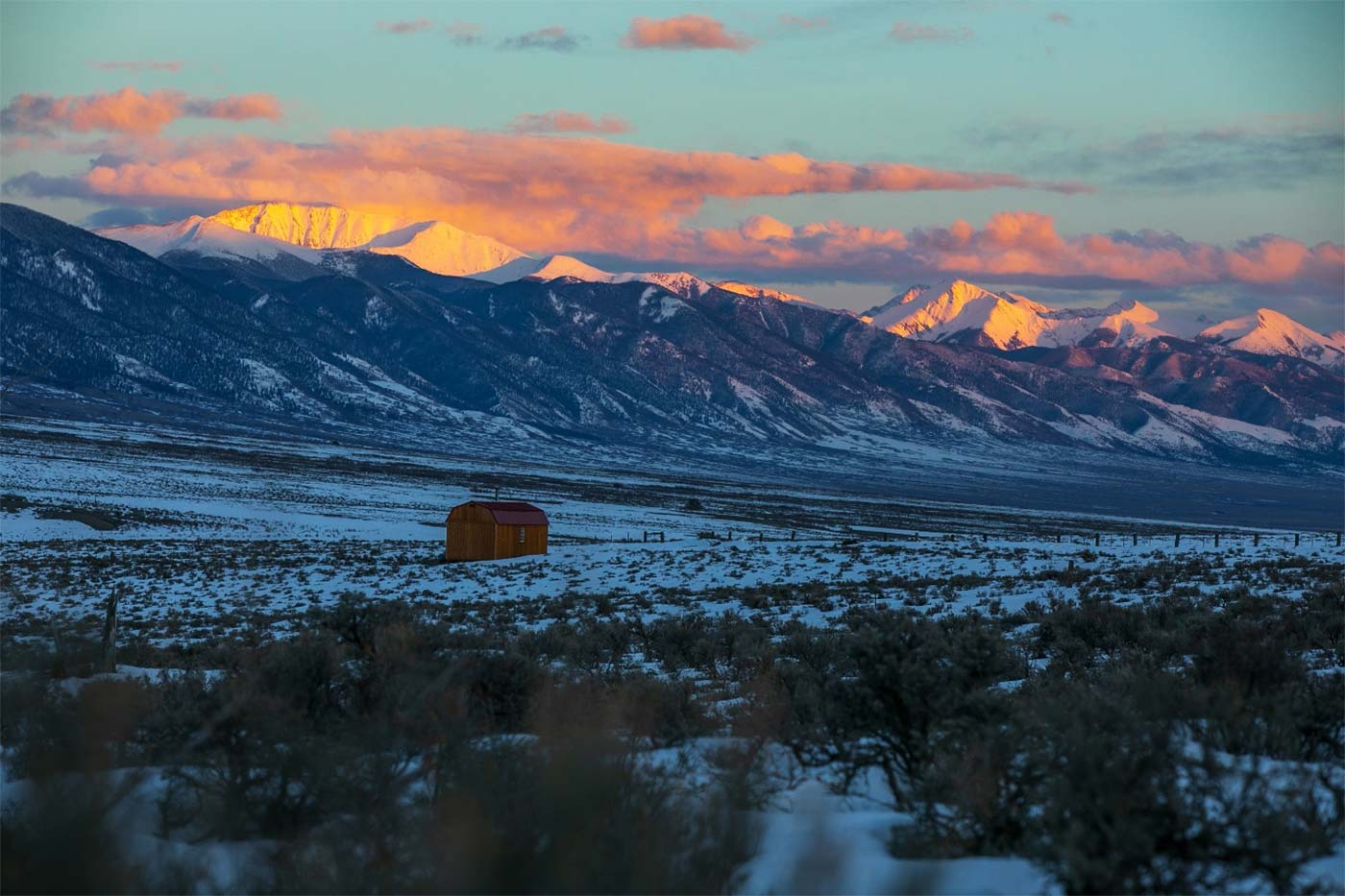 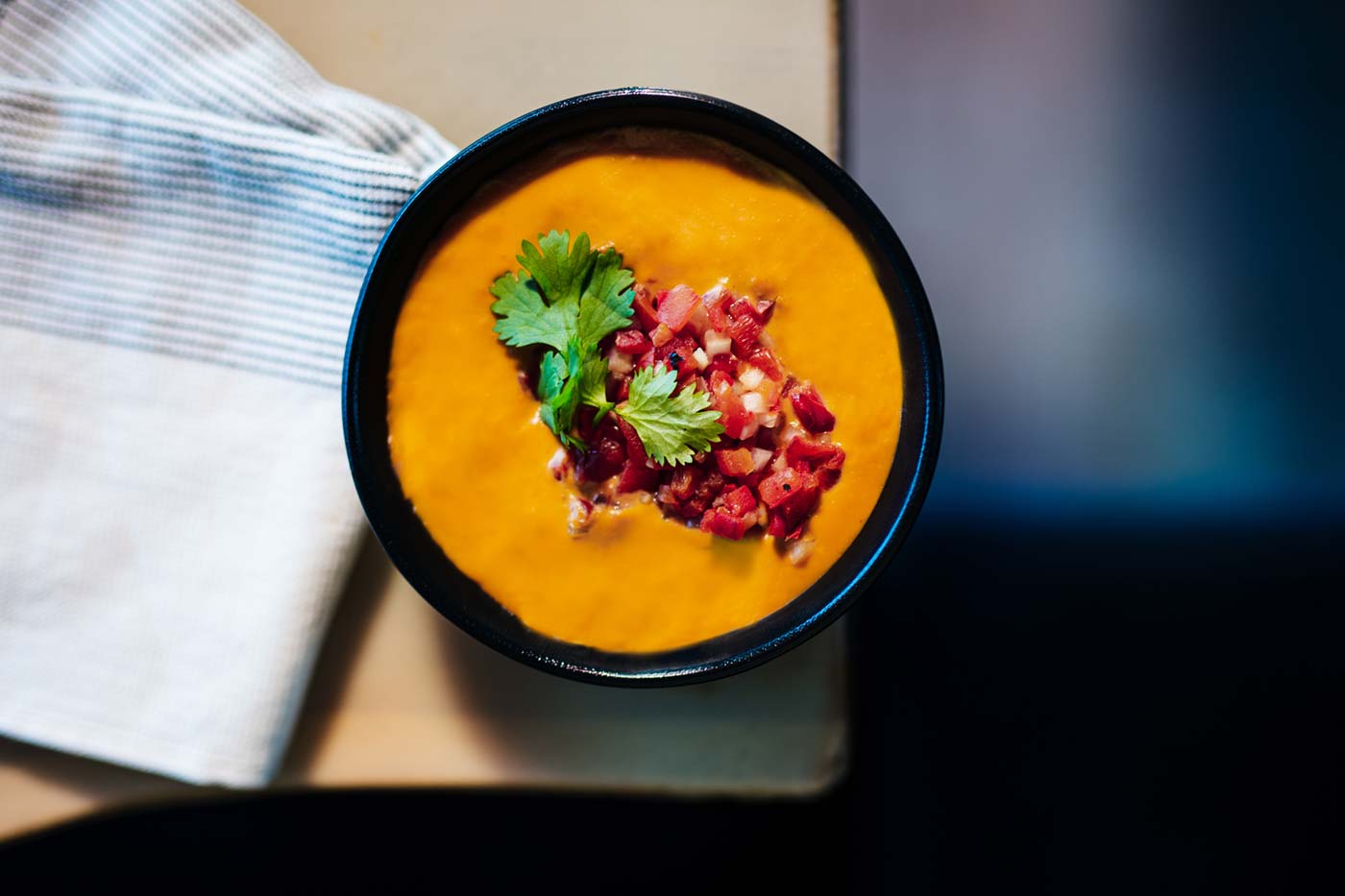 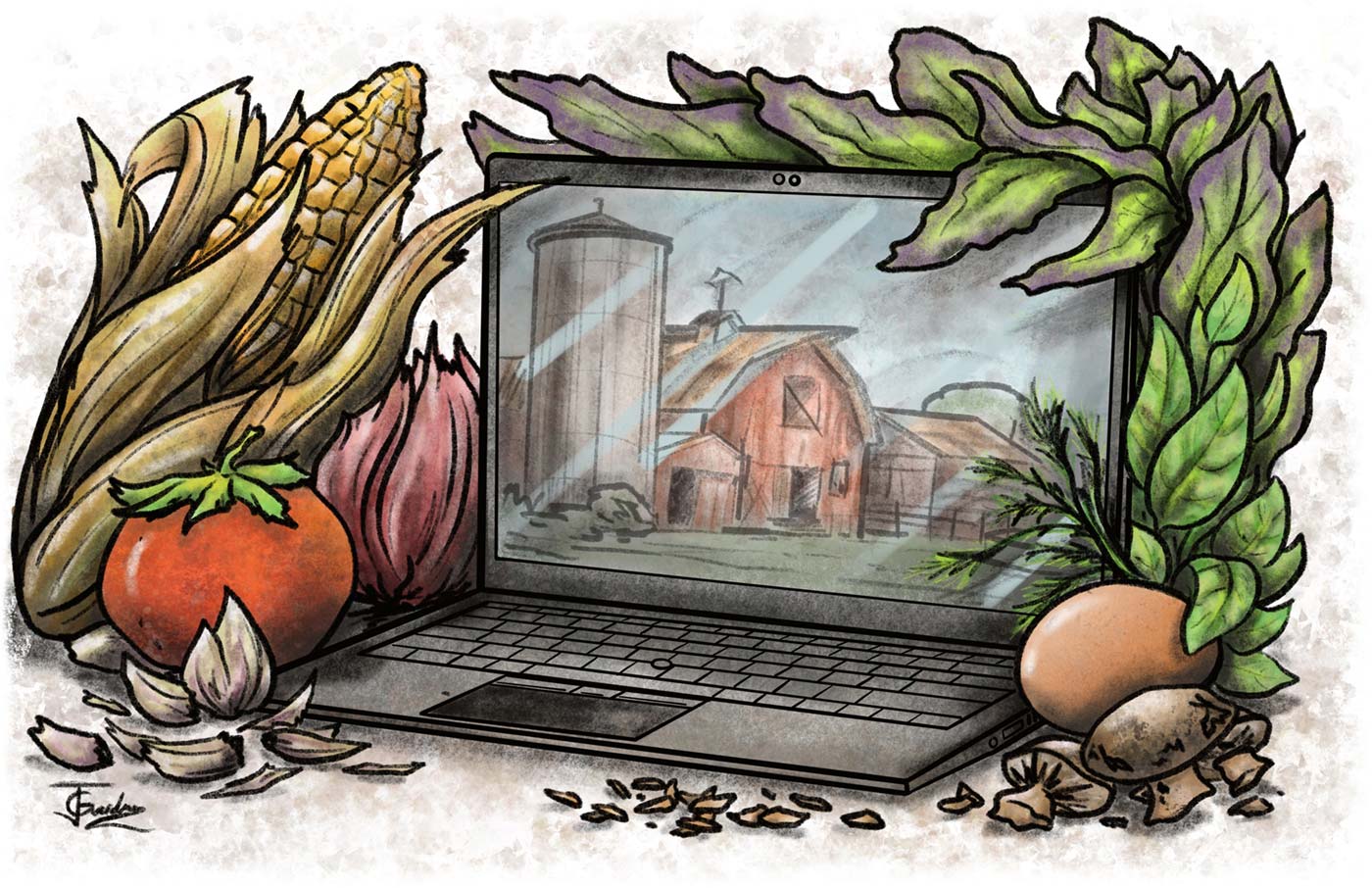