Pete Marczyk’s first experience with Green Chile (caps intentional and used out of reverence) was about 20 years ago. He moved to Denver from Massachusetts, where the only “chili” he knew was the red kind with lots of overworked finely ground beef and kidney beans. During his first autumn in the Southwest, he was captivated by the scent of roasting chiles wafting from the roadside stands with giant signs proclaiming, “Hatch Green Chile War!” He says he became “like a dog on point, smelling chiles being roasted from a mile away.” Now he pursues green chiles and green chile stews of all kinds.

Season pork thoroughly with salt and pepper. Heat oil over medium heat in a heavy shallow skillet until it just begins to glisten. Add pork in small batches until all the cubes are browned on all sides. Do not crowd the pork.

(We use a shallow skillet because a deep one would steam, rather than brown, the pork.)

Take your time and complete this step carefully because it makes all the difference. Set pork aside; reserve 3–4 tablespoons of the rendered pork fat. Add 2 tablespoons pork fat (mo’ fat, mo’ flavor) to a heavy soup pot or Dutch oven over medium heat and gently sweat onions, garlic and tomatillos until all vegetables are soft. Add the remaining ingredients, including the pork, and cook until the pork is fork-tender, about 1 to 2 hours.

45 minutes before serving, add the potatoes, cayenne pepper (if desired) and salt and pepper to taste. Serve with warm flour tortillas.

Pete prefers milder chiles like Anaheim or Big Jim for this recipe, because the longer you cook the stew, the hotter it gets. You can always add heat with crushed red pepper or cayenne—but you can’t remove heat once it’s added. 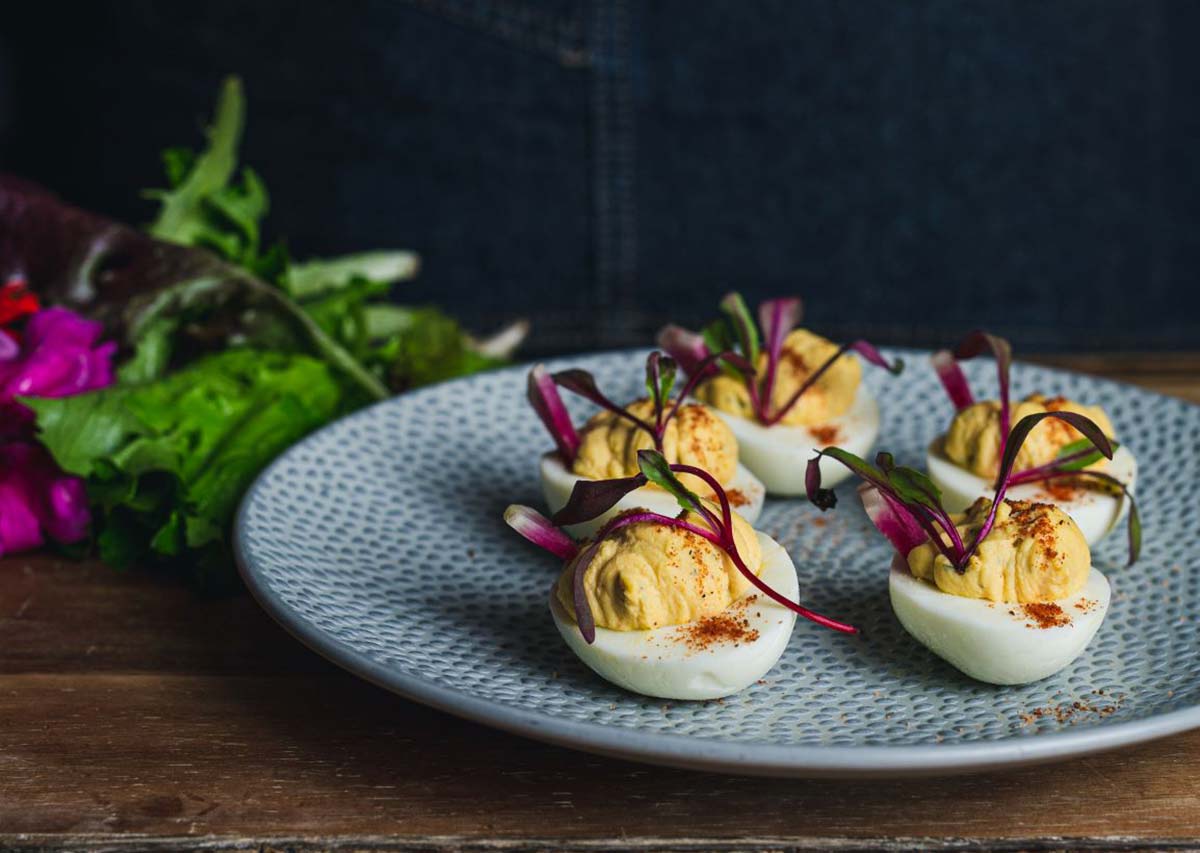 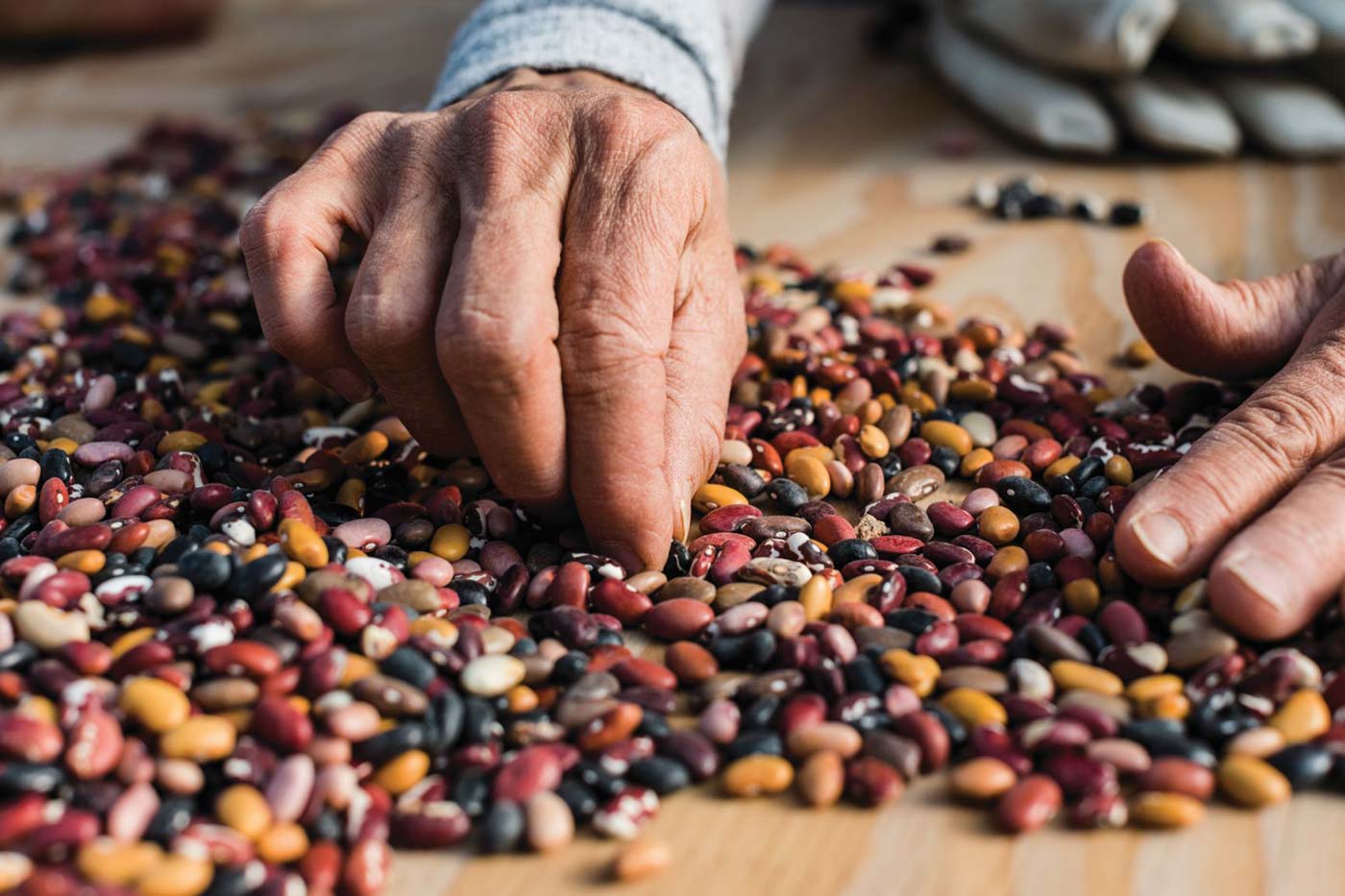 Every Seed Is a Story 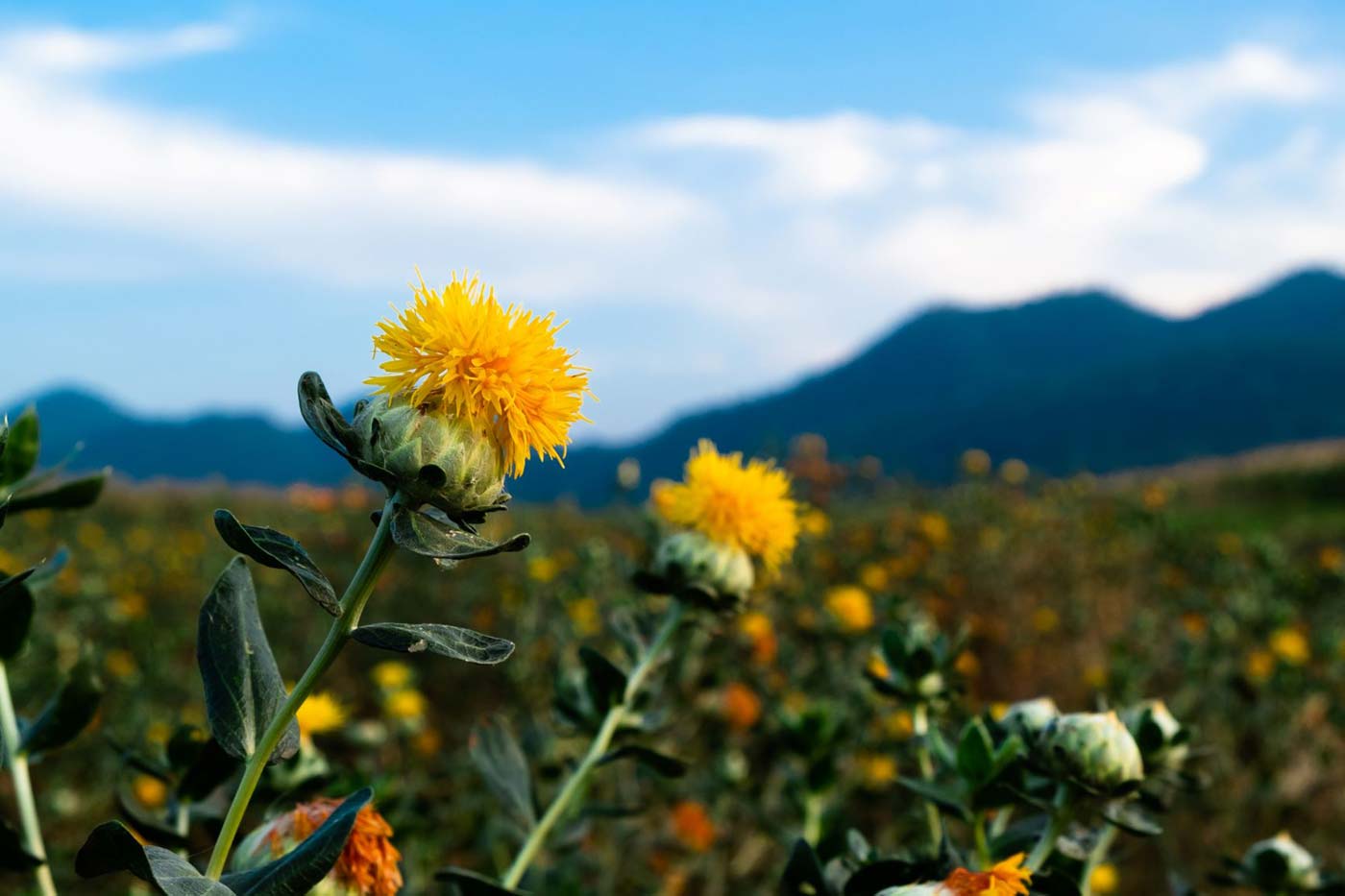 Safflower – Sunflowers’ Little Cousin Gets a Chance in Colorado